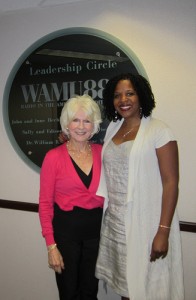 Tayari Jones was a guest on The Diane Rhem Show today on NPR and WAMU discussing Silver Sparrow. You can listen to the show here. I am delighted to post the link to my recent NPR interview. It was such a pleasure to sit down with Michele Norris, who is just as amazing in person as she is on the air. We talked about bigamy, Girls Write Now, Toni Morrison, “invisible” girls, Spelman College, magic wands, Johnetta Cole, writing, mentoring, and SILVER SPARROW. 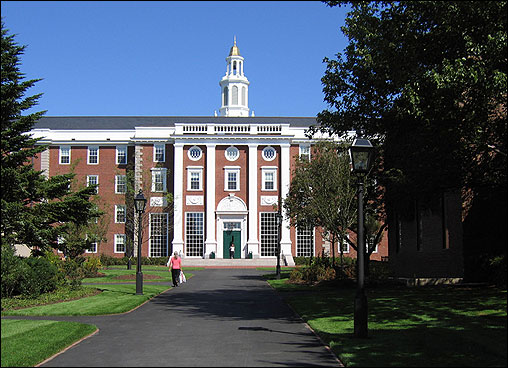 Tayari Jones will spend the 2011-12 year at Harvard University as a fellow at the Radcliffe Institute for Advanced Study for the academic year 2011-12. Chosen from over 800 applications, she will join a select group of fifty fellows.  Each has a record of significant accomplishment and demonstrated interest in participating in the multi-disciplinary environment of the Radcliffe Fellowship Program. Next year’s fellows come from across the country and around the world, women and men at different stages of their careers, representing different academic, professional and artistic fields.

While at Radcliffe, she will work on a new novel.

The American Booksellers Association has chosen Silver Sparrow as the #1 Indie Next Pick for the month of June.  According to the ABA website, “The Indie Next List, drawn from bookseller-recommended favorite handsells, epitomizes the heart and soul of passionate bookselling. Independent booksellers are and have always been discoverers of the next big thing, the next great read, the next bestseller, and the next undiscovered gem.”

In her endorsement of Silver Sparrow, Libby Cowles of Maria’s Bookshop writes: “The unconventional, morally troubling relationships at the core of Jones’ Silver Sparrow illustrate the universality of the human quest for acknowledgment, legitimacy, love, and loyalty. As Chaurisse and her secret half-sister, Dana, move toward adulthood, they must shed idealistic notions of romantic and familial love to face difficult truths. A complex family drama, a richly crafted coming-of-age story, and a meditation on the nature of love and forgiveness, this is a gripping story with characters you will not soon forget.” Tayari Jones, Associate Professor, was honored by Rutgers University today in a ceremony on the New Brunswick campus. She received the Board of Trustees Award for Scholarly Excellence, the Presidential Fellowship for Teaching Excellence, a Leader in Faculty Diversity Award. The awards are accompanyed by research grants which will assist Jones in the completion of her next novel.

I am so happy to tell you that my third novel, THE SILVER GIRL SILVER SPARROW, has been accepted for publication by Algonquin Books! I cannot express how thrilled I am. No word yet on pub date, as I am still working on revisions with my new editor, Andra Miller.
If I am going to take a bow for this acheivement, I have to bring my wonderful agent, Jane Dystel, to the stage. Jane really believes in her clients. She found a home for my odd first novel, Leaving Atlanta, and has stuck by me ever since. So many of my friends’ agents don’t call them back, or blow them off between projects. Jane has hundreds of clients, but treats us all with care and respect. Her co-agent, Miriam Goderich, has a degress in Comp Lit. She really gets deep in the manuscript with my and helps me ready it for submission. (She’s also good for the occaisional word of personal advice: Dump that guy, for example.)
And of course, I would like to thank all of you all for being so helpful to me as I struggled through this process. I tried to keep my head up, but sometimes I was downright discouraged and more than once I worried that the novel would die on the vine. Thanks for your encouragement and your own reports of success and even your honest reports of your own frustrations.
We’ve got a community here and I am very grateful for it.

I know I am running myself ragged, but I have just received an invitation travel to Brazil in order to participate in the The Recife Bienal do Livro 2009 and to give a lecture at Pernambuco Academy of Letters.
Thirteen hours is a long time to travel for a five-day visit– I am praying to the airline upgrade gods– but I’ve always wanted to see Brazil!

Your Tax Dollars At Work

I posted last week that I have been awarded a stay at the Virginia Center For The Creative Arts. (I can’t tell you how much I am looking forward to it.) What I didn’t know at the time is that the National Endowment For The Arts is picking up the tab for my visit.

My residency is for 28 days. This costs VCCA $5040. (The artist is usually asked to pay $30 a day to help defray the expenses, but that’s only about 15% of the actual expense.) I am so grateful that in these tough economic times, the NEA will fully fund and support eight writers for a month-long stay. And of course, I am grateful to VCCA for offering me this wonderful gift of time an freedom to create.

I made a little photo album of my trip to Uganda. Click on the mosaic to see the photos and read the captions. On my last day in Kampala, I gave a lecture at the Uganda National Theater. Truthfully, I didn’t really expect many people to show up. The lecture, “Owning History: The Legacy of The Legacy of Martin Luther King”, was scheduled smack in the middle of the day. Further, the scheduled time block was two hours long. Me, being American, just couldn’t see folks coming out in the middle of the day for a two hour lecture by someone they never heard of.

Was I ever wrong. The auditorium was packed—even the balcony. This is a testament to the lively intellectual culture of Uganda. My speech was about the way that the legacy of MLK has been altered and stripped of its message of radical social change. I was nervous about the speech. Part of my worry was the matter of my accent. I practiced speaking in such a way that I pronounced all my consonants.

You wouldn’t believe the reaction to the lecture. I spoke for about thirty minutes, but the Q&A went on for about two hours more. Some of the questions were personal observations about the legacy of MLK and others had done extensive research and wanted my opinion about the legacy of other civil rights era leaders. And the name on everyone’s lips was “Obama.”

I don’t think I am doing justice to the experience by calling it a Q&A. This was very different from the tepid exchange you would expect after at lecture at an American university. Some of the questions poses were mini-speeches—more advocacy statements than questions. A few people were downright theatrical. One man gave something realy close to a rousing rendition of the “I Have A Dream” speech itself! I was called on the carpet for the imperialist foreign policy of the US. I was asked if African Americans are resentful of Obama “because his father was not a slave.” (I felt the need to point out that my dad wasn’t a slave either.) At the end, it was just so clear to me how much more informed people in other countries are. I cannot imagine an American audience with such a broad understanding of the history of another country.

Afterwards, I signed autographs, and took photos with hundreds of people. I felt like I was living someone else’s life. Afterwards, I was spirited off. I had a plane to catch. I’ve just been invited to Kampala, Uganda to lead a writing workshop for FEMRITE, a women’s writing group. The residency program is for struggling writers identified by FEMRITE who are working on a book
or short story and need space and time to do so, as well as a facilitator to train them and guide the process. I’ll be there January 12-16. I am so looking forward to meeting with the women of FEMRITE. After the video conference I did with them this summer, I can’t wait to meet face to face.

About six weeks ago, I received excellent news. The United States Artists Foundation chose me as a member of the 2008 class. I, along with 49 other artists (8 of us are writers), were given an unrestricted grant of $50,000. It’s a gift of freedom award, designed to help us be able to take time off from our usual hustle in order to write.
You may not remember, but a couple of months ago, I was worried that I wasn’t able to really focus on my work. When I got the good news call, I was actually lying in bed feeling rather hopeless. Being chosen for such an honor was just the shot-in-the-arm, kick-in-the-pants, pat-on-the-back (choose your favorite cliche!) that I needed.
I would have told you earlier, but we were sworn to secrecy until the big announcement and celebration in Chicago this weekend. Oh my goodness! Talk about a festive occaision. Chi-town is already in a fine mood celebrating Mr. Obama, so just imagine the fun when 50 artists come to town. (Yes, I took pictures.)

The State Department has just invited me to Ghana in order to attend the 16th International African Writers’ Day Celebrations organized by the Pan African Writers’ Association (PAWA)! The festivities will take place over the first week of November. I almost declined the invitation because I didn’t want to miss the election. But then I found out that there will be an open house at the US Embassy in Accra. (And don’t worry. I have taken care of my absentee ballot.) I am so thrilled and I promise to take lots of pictures and blog my little heart out!

I am very excited to report that I am going to address FEMRITE, a Ugandan women’s writers organization on July 17– and I don’t even need my passport. The US State Department, which extended the invitation, has arranged for me to take part in a teleconfrence. The theme of the event is “Telling The Unfmailiar Story” with an emphasis on using contemporary literature to talk about history. I hope that I will be able to get some photos emailed to me from the Ugandan side of the conversation. More details to come!