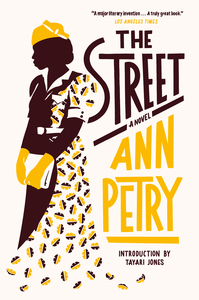 “How can a novel’s social criticism be so unflinching and clear, yet its plot moves like a house on fire? I am tempted to describe Petry as a magician for the many ways that The Street amazes, but this description cheapens her talent . . . Petry is a gifted artist.” — Tayari Jones, from the Introduction

The Street follows the spirited Lutie Johnson, a newly single mother whose efforts to claim a share of the American Dream for herself and her young son meet frustration at every turn in 1940s Harlem. Opening a fresh perspective on the realities and challenges of black, female, working-class life, The Street became the first novel by an African American woman to sell more than a million copies.